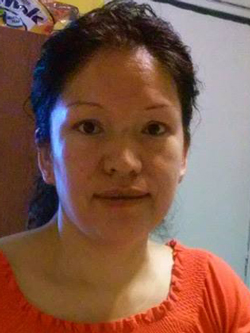 In the book of Revelations it says, “Then the angel showed me the river of the water of life.” I saw that river in 2006 when three million of our people marched together, in cities across this nation, to stop the deportations and keep our families together. It was a river of life.

Twenty years ago, there was another river of life. One million African American men gathered in Washington, D.C. in a march of atonement, committing themselves to stand by their families and demand justice from this government.

On October 10, 2015, these two rivers may be joined together in a new march on Washington called “Justice Or Else.”  Since that first march 20 years ago we have seen the “new Jim Crow,” the criminalization of our communities and the reality that this nation is a mass incarceration society, jailing more people than any other country in the world. In these years we have seen the deportation of millions of hardworking people, separating families with U.S. citizen children.

In spite of these harsh and oppressive realities, the “rivers of life” have continued to grow. City after city has been put on the defensive for the behavior of their police departments. The President of the United States has spoken out against mass incarceration, his speech complete with the awful statistics.

That same President has issued executive orders that, when they clear the court, will provide deferments and work permits for five million people. Even while we wait, new enforcement guidelines provide protection for over nine million undocumented, keeping them with their families.

We still face harsh conditions. One out of three Latinos live in what this government calls poverty. We work hard for very little, pay taxes but many of us are not eligible for government programs like Obamacare. African Americans face three times the unemployment of Whites with few opportunities opening up to them.

We don’t wake up and march every day. Yet there are times in history when the Spirit moves throughout our communities and we show our unity and our power. In fact, our unity is our power. We have the numbers. And I feel the Spirit moving.

Why now? Because the racist, insulting disrespectful candidacy of Donald Trump has shown by its popularity that there are those in this country who see our new majority emerging and stand ready to suppress us before that majority reaches its full maturity. For them the time is now. We must be stamped out before we become so powerful that we can claim this nation as our own.

So let’s begin to organize our buses and our vans. We will pay our own way so that no one can control us. We will gather like Joshua’s army and march seven times around the city— and then shout.

Yes, I believe it. These two rivers of life are rushing towards 10-10-15 where they will be joined in a surge of power that will shake this nation. Si Se Puede!

Elvira Arellano is an immigration rights activist and advocate.