Black motorcycle dealer threatened into backing out of Justice Or Else?

By Justice Or Else!September 15, 2015News
No Comments

Student Minister Tony Muhammad joins participants in Atlanta at Rare Breed’s annual gathering of motorcycle enthusiasts where he spoke on Justice Or Else, the 20th Anniversary of the Million Man March on 10.10.15. Under the banner of ‘Riders for Justice’ Student Minister Muhammad and organizers are encouraging bikers from around the country to ride to Washington, D.C. for the Oct. gathering.

LOS ANGELES – Many different groups and organizations are rallying and making preparations for the 20th Anniversary of the Million Man March themed “Justice Or Else!”, including bikers who were planning to travel across the country and meet at the Harley-Davidson dealership owned by Thomas Moorehead in Fort Washington, Md., right outside of D.C., until he withdrew the invitation, according to a staff person who did not want to be identified. 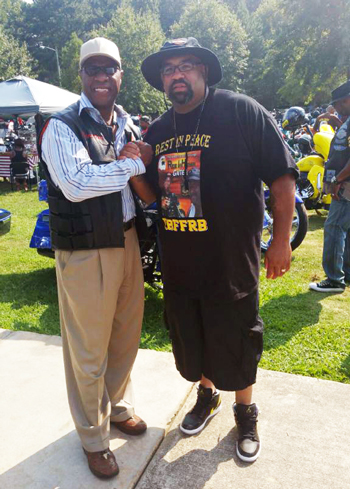 Left to right, Tony Muhammad Western Region Student Minister of the Nation of Islam and Erroll Markham of the Rare Breed Motorcycle Club.

Mr. Moorhead changed his mind about allowing “Bikers Ride for Justice Or Else,” also known as “Ride for Justice” to gather at his dealership en route to the Oct. 10 gathering  after a backlash. It included an online petition condemning Nation of Islam Minister Louis Farrakhan by repeating false charges of advocating violence. The lie has been repeated in right wing media and in some social media circles. In its 85-year history in the U.S., there have been no instances of unprovoked attacks on Whites or killing of Whites by members of the Nation of Islam. However there are cases of White police officers attacking, killing, falsely arresting and jailing Muslims since the 1930s.

Tony Muhammad, Nation of Islam Western Region student minister and a lead organizer of the Ride for Justice, spoke with Mr. Moorehead on Sept. 10.

“The brother has decided that the fear of these threats and the fear of Whites are so detrimental that he did not want to risk that. It’s really, really a shame that that’s his reality, but that’s what we have,” Student Minister Muhammad told The Final Call. Repeated calls to Mr. Moorhead’s BMW dealership in Sterling, Va., for an interview were not returned at Final Call press time. According to Mr. Moorehead’s staff, he has not been in the dealership physically since he began receiving death threats, Student Minister Muhammad said. 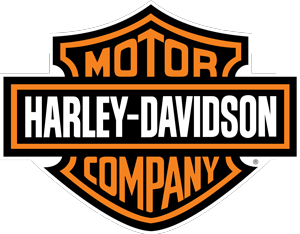 An Aug. 2 online petition listing Karen Steelmon as its author pressured Harley Davidson, Inc., falsely labeled Justice Or Else! a “terrorist sponsored event,” and repeated the false narrative that Minister Farrakhan is calling for 10,000 fearless Black men to rise up and kill White people, White Christians and police officers. Min. Farrakhan never made such a statement and has said the 10,000 are needed to stop fratricidal Black violence.

An online search for Karen Steelmon lists her as president of a Las Vegas Tea Party group. The petition threatens to boycott not only Mr. Moorhead’s dealership but also the Harley Davidson corporation.

Harley Davidson Washington, D.C. posted a statement on its Facebook page Sept. 8 that read in part: “We promote a riding culture that is free of political or polarizing boundaries and stand against these types of agendas.”

However, other groups with a documented political point of view or philosophy have been welcomed with open arms. 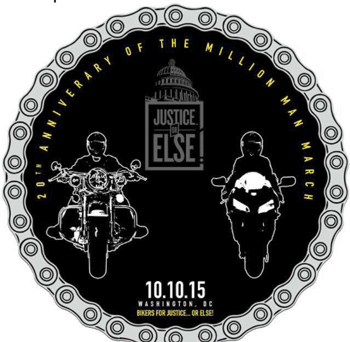 It’s sad, that in 2015, one would discriminate against his own people and against one group of riders over another one on the basis of lies told in the media, said Student Minister Muhammad.

According to the Facebook Page for Harley Davidson, Washington, D.C. representatives of Mr. Moorhead’s dealership listened to conference calls by “Ride for Justice” organizers and “determined the group was like many others who use its site as a meeting and starting place for organized rides.”

Harley Davidson also posted it received a call from a representative from The 9-11 Honor Ride/2 Million Bikers to D.C. “accusing us of supporting riders affiliated with a hate group,” and the Moorehead dealership subsequently rescinded its approval for the Justice Or Else! bikers to meet at the dealership in October.

There are some Black people who are upset that a Black dealership backed out of such an historic and monumental event and posted online they would also boycott Mr. Moorehead’s dealership. But people should stand with him, Student Minister Muhammad pointed out.

“It’s time to show our brother support in the midst of this hour now, because he’s fearful … but the community should be outraged about it,” he said.

While the cancellation has hurt and disappointed many, the Ride for Justice will roll on, organizers told The Final Call. Motorcycle club leaders and organizers, like Erroll Markham of the Rare Breed motorcycle club, continue to host weekly conference calls with Student Minister Muhammad to mobilize 100,000 bikers to ride to Justice Or Else! from across the country.

“I just think that anytime anybody can bring our people together for peace and unity it’s good, and it’s something that’s needed,” said Mr. Markham.