Mobilizing for the Oct. 10 ‘Justice or Else’ March in D.C.

When the Honorable Minister Louis Farrakhan issues a sacred clarion call for a national and international mobilization for justice, freedom and equality, millions of people across America and throughout the world responded with responsive enthusiasm and energy. Such was the case in response to the minister’s call for the Million Man March (MMM) in Washington, D.C. 20 years ago. I believe that history will be made once again this year on October 10 in Washington, D.C. 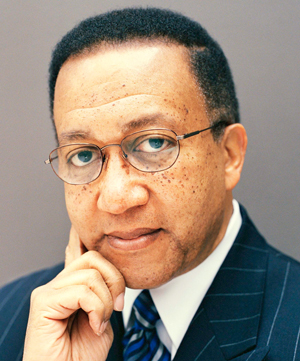 Minister Farrakhan boldly has issued a new call: Justice Or Else mobilization on the occasion of the 20th anniversary of the Million Man March on the National Mall. The Minister asserted, “On 10.10.15, let’s show the world our unity.” Our demand for justice will be a united demand. It will be an unequivocal demand for equal justice.

Without hesitation or fear, I made a decision to join Minister Farrakhan in 1995 to help him organize and mobilize the historic Million Man March as its national director. Being an ordained minister in the United Church of Christ, I knew then as I still know today that God continues to bless Minister Farrakhan uniquely with the vision and mission to redeem and empower Black Americans, Latino Americans, Native Americans and all others who struggle for a better quality of life in America and throughout the world.

At four times the size of the 1963 March on Washington for Jobs and Freedom, the Million Man March is believed to have been the largest march ever on the nation’s capital. I believe that God hears and answers the prayers of people and communities that cry out for justice. Today, we must organize and mobilize again with renewed vigor and determination.

Almost everyday now we hear and learn of another dastardly fatal act of racially motivated police brutality and misconduct that leaves our families and communities in great sorrow, grief and anger. As president and CEO of the National Newspaper Publishers Association, I get the daily reports and newsfeeds about the growing systematic injustices in the United States from our 206 Black-owned newspapers based in every region of the nation.

We are the trusted voice of Black America and I am telling you that the suffering cup of patience in Black America has run over. The madness of constant videotaped modern-day lynching of Black people in the U.S. has become intolerable. We are simply not going to take it anymore!

It is providential and a welcome sight to witness the steady growth and development of Justice Or Else MMM 20th Anniversary Local Organizing Committees (LOCs) in every major city. A broad cross section of local community activists from the NAACP, the National Urban League, National Action Network, the Rainbow PUSH Coalition and the Southern Christian Leadership Conference (SCLC), Latino and Native American organizations and many others are joining with Nation of Islam organizers and officials to build a strong national network of LOCs.

These organizing committees are actively reserving and charting buses in preparation for the journey to Washington, D.C. If you would like to help establish a LOC in your local community and for updated accurate information, go to www.JusticeOrElse.com

Too many of our sisters and brothers are dying at the hands of those who perpetrate injustice against our communities. We will not remain still and immobilized. Now is the time to stand up again. We wholeheartedly support Minister Farrakhan’s call and demand: Justice Or Else!

Benjamin F. Chavis, Jr. is the president and CEO of the National Newspaper Publishers Association and can be reached for national advertisement sales and partnership proposals at: [email protected]; and for lectures and other professional consultations at: http://drbenjaminfchavisjr.wix.com/drbfc.