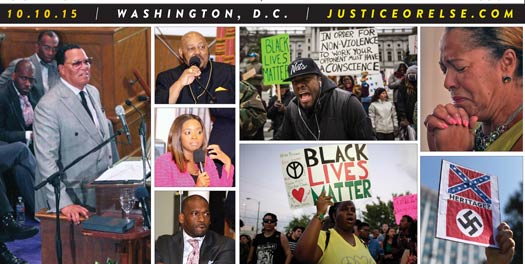 WASHINGTON – Surrounded by faith leaders, young leaders and thousands of supporters and activists at Metropolitan AME Church—just five blocks from the White House—the Honorable Minister Louis Farrakhan announced the 20th anniversary commemoration of the historic Million Man March to be held October 10, 2015 on the National Mall with its clarion cry, “####Justice Or Else!”

In the six weeks prior to the announcement, the Nation of Islam leader engaged and inspired thousands of leaders, activists, pastors, youth, advocates, hip hop artists and entertainers in seven cities around the country in support of the march.