By Justice Or Else!November 11, 2015News
No Comments

“To the sellers of trees and trains and pins and pianos, we urge you to understand and to pledge with us that this Christmas shall come from our hearts and minds, not from our pocketbooks…” 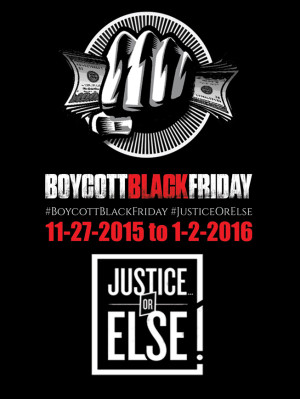 There are a million reasons for Blacks to flex their economic muscle to gain their own freedom, justice, and equality. On October 10th the Honorable Minister Louis Farrakhan assembled one million people of all races and faiths who have declared to the world that they want Justice, Or Else! Min. Farrakhan called for a boycott of the lucrative Christmas industry as a first step in addressing the wanton murders of Blacks by the police forces of America, as well as the other injustices that have plagued our communities for generations. All those who are serious about showing the powers-that-be our resolve are looking forward to spending nothing from “Black Friday,” November 27th, to New Year’s 2016. We refuse to purchase Christmas gifts, trees, lights, decorations, and holiday cards or patronize any online retailer. What money we do spend will be in the way of honoring Jesus and strengthening our family bonds and in support of Black businesses for necessary goods and services.

Here are TEN good reasons to Boycott Christmas—now and forevermore. 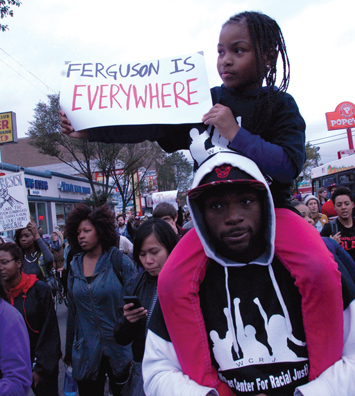 So far, in 2015, nearly 1,000 people have been killed by police. Michael Brown, Trayvon Martin, Freddie Gray, Tamir Rice, Eric Garner, and countless others will not be celebrating Christmas, but their killers will. When we boycott Christmas, we stop participating in our own oppression—we stop feeding the beast. This is great news for a people who are sick of wicked police policies, rotten schools, record Black unemployment, and Black incarceration rates. When they refuse to feed white supremacy, they feed Black progress and Black self-determination! Self-defense is a Biblical commandment (Exod. 22:2). It only makes good sense to weaken the enemy by withholding that which would strengthen him—cash money. Economic withdrawal is effectively a form of economic sanctions. 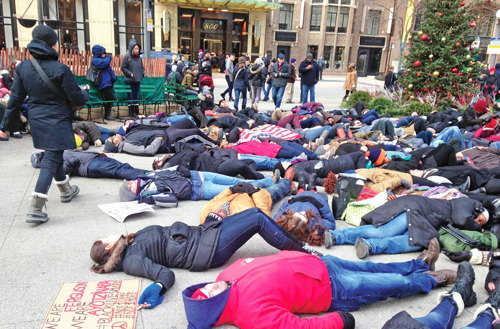 A Christmas boycott—from Grey Thursday (a.k.a. Thanksgiving) and Black Friday to New Year’s Day—can double, triple, quadruple those results, and bring the other troublemakers behind the politicians (the bankers, judges, C.E.O.s, and union officials) to the negotiating table. Flexing our economic muscle will change our current degraded reality.

“We don’t have to argue with anybody. We don’t have to curse and go around acting bad with our words. We don’t need any bricks and bottles. We don’t need any Molotov cocktails. We just need to go around to these stores, and to these massive industries in our country, and say, ‘God sent us by here, to say to you that you’re not treating his children right. And we’ve come by here to ask you to make the first item on your agenda fair treatment, where God’s children are concerned. Now, if you are not prepared to do that, we do have an agenda that we must follow. And our agenda calls for withdrawing economic support from you.’”

Many say that this call to unleash Black economic power was the “final straw” that motivated his assassination.

By unified spending our strongest leaders can speak with real power to the forces of white supremacy. It was the international boycott of the white supremacist leaders of South Africa that forced an end to apartheid and released freedom fighter Nelson Mandela from prison. It is that same economic pressure by the BDS Movement (standing for boycott, divestment, and sanction) that is now forcing Israel to change its policies toward the Palestinians. Latinos (and their sympathizers/supporters) offended by the recent statements of Donald Trump are boycotting the candidate and may have contributed to his present slip in the polls. 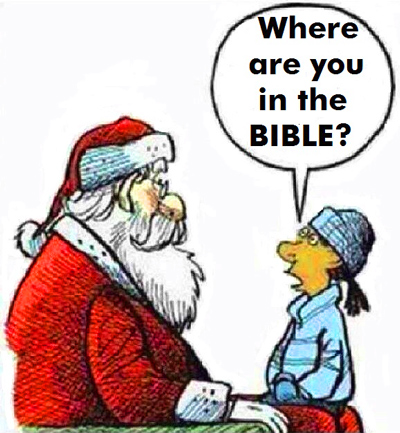 No, Santa, Mrs. Claus, the reindeer, the elves, Rudolph, Frosty the Snowman, and everything about them are a devious concoction created by merchants who have cynically supplanted Jesus for the sake of profits. So greedy are they that they have pushed up the shopping extravaganza they call Black Friday to what they call “Grey Thursday,” a day previously known as Thanksgiving.

The first white people in America outlawed Christmas. The Puritans complained it was “spent in Reveling, Dicing, Carding, Masking, and in all Licentious Liberty…by Mad Mirth, by long Eating, by hard Drinking, by lewd Gaming, by rude Reveling…”

More than two-thirds of the people on earth DO NOT celebrate Christmas at all. Of the two billion that do, most cultures consider it a holy remembrance of the Savior and spend it in prayer, fasting, and other forms of worship. The rank commercialism that now pervades an entire season is an American phenomenon. Needless to say, there is almost nothing about Christmas that Jesus would approve of or participate in.

Jeremiah 10:2-5: “Learn not the way of the nations, nor be dismayed at the signs of the heavens because the nations are dismayed at them, for the customs of the peoples are vanity. A tree from the forest is cut down and worked with an axe by the hands of a craftsman. They decorate it with silver and gold; they fasten it with hammer and nails so that it cannot move. Their idols are like scarecrows in a cucumber field, and they cannot speak; they have to be carried, for they cannot walk. Do not be afraid of them, for they cannot do evil, neither is it in them to do good.”