Answers demanded in the death of Sandra Bland – #JusticeOrElse 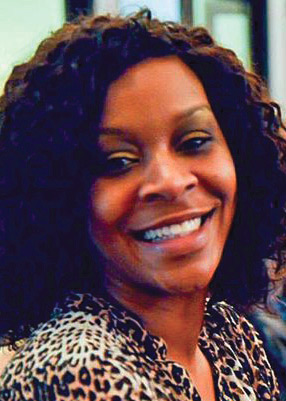 PRAIRIE VIEW, Texas – During a prayer vigil at Prairie View A & M University on July 19 for Sandra Bland, many questions were continuously raised about the suspicious circumstances surrounding the young, Black woman’s death.

What police are calling a suicide by hanging in a jail cell, is being loudly disputed and refuted by her family members, friends and activists who want a detailed investigation into what they allege could be foul play.  An outspoken voice against police brutality and abuses with a bright future ahead of her, Sandra Bland would not have killed herself argued those who knew her best.

Ms. Bland, 28, was in the middle of relocating from her hometown of Naperville, a Chicago suburb, to Prairie View, Texas to begin her dream job at her alma mater Prairie View A&M University. She was set to start July 15. However, according to reports, on Monday, July 13, she was found hanging with a plastic bag around her neck in a Waller County jail, located approximately 50 miles outside of Houston after her arrest 3 days earlier for a minor traffic violation.  Family members and friends are refusing to believe that she would take her own life and are demanding answers.

“I do suspect foul play. I believe that we are all 100 percent in belief that she did not do harm to herself,” Cheryl Nanton, a friend of Ms. Bland, told reporters.

LaNitra Dean accused officials of trying to rule her death a suicide but argued that her friend would not have taken her own life. “Sandy was strong. Strong mentally and spiritually,” said Ms. Dean.

On July 10, Ms. Bland was pulled over for a traffic violation by a Texas Department Public Safety Officer for failing to signal before changing lanes. Authorities claim her arrest was due to Ms. Bland being “argumentative and uncooperative”. She was charged with assault on a public servant.

Her friend Malcolm Jackson witnessed the encounter, a video of which was posted online and has since gone viral on the internet and via social media.

“After he [the police officer] pulled her out of the car, forced her and tossed her to the ground, knee to the neck, and arrested her,” Mr. Jackson told a local ABC affiliate. Video footage shows Ms. Bland pinned to the ground by the officer with his knees in her back, with another officer standing over her.

“You just slammed my head into the ground. Do you not even care about that? I can’t even hear,” she can be heard telling officers. Before being placed in the squad car, Ms. Bland thanks a bystander for recording the incident.

The next afternoon, she was allowed to make phone calls to friends and to her older sister Shante Needham. In a press July 16 press conference Ms. Needham told reporters her sister told her she was not told the reason for her arrest until an hour before calling her. Her bail was set at $5,000 at a hearing July 11. 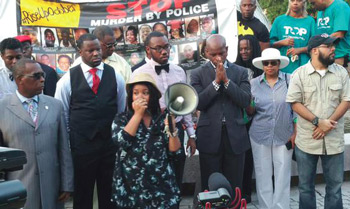 According to Ms. Needham, her sister told her the officer put his knees in her back and she thought her shoulder was broken. Ms. Needham said her sister seemed very aggravated and in pain. Ms. Needham and Mr. Jackson said the plan was to bail her out on the same day she was found unresponsive and dead in her cell.

Waller County Sheriff R. Glenn Smith who was previously fired from a law enforcement position for allegations of racism, said Ms. Bland was seen in her cell at 7 a.m. and jailers spoke to her via intercom at 8 a.m. Then at approximately 9 a.m. a female jailer found her in the cell dead.

Officials said Ms. Bland used a trash bag to hang herself from a partition separating the bed area and the bathroom. According to the Waller County Sheriff’s Office, the autopsy said she died from apparent “self-inflicted asphyxiation.” Tricia Bentley, spokeswoman for the Harris County Institute for Forensic Sciences, said the death had been ruled a suicide by hanging. The investigation into her death is being conducted by the FBI and Texas Rangers.

In an interview July 16 with local news, Congresswoman Sheila Jackson Lee (D-Texas) said she would be contacting the Department of Justice and asking officials there to further inquire into Ms. Bland’s death.

Texas authorities have suggested mental illness played a role in her death. In online videos she posted earlier this year Ms. Bland spoke of being depressed and suffering from Post-Traumatic Stress Disorder. She may have used the term depression, but that statement in March had very little to do with her mindset before she died her family’s attorney, Cannon Lambert Sr., told MSNBC.

Negligence and lack of oversight?

Ms. Bland spoke out against police brutality and racial injustice, as evident by her Facebook page with videos of her “Sandy Speaks” entries. She was active in the Black Lives Matter movement and in one of her video posts Ms. Bland said, “Being a black person in America is very, very hard. Show me in America where all lives matter”.

Waller County District Attorney Elton Mathis acknowledged the concerns of those who contend her death was a suicide. “I will admit it is strange someone who had everything going for her would have taken her own life,” he told a Houston NBC affiliate.

“That’s why it’s very important a thorough investigation is done that we get a good picture of what Ms. Bland was going through the last four or five days of her life.”

Officials said video footage did not show anyone entering the cell, but they did not release footage that would explain what happened to Ms. Bland moments after she was found. The Final Call spoke with two different Waller County Jail staff members to inquire about video cameras in the jail cell, and neither would comment about the case. They both redirected questions to the Department of Public Safety Freedom of Information website. However, District Attorney Mathis is reported as stating at a press conference that Ms. Bland being alone in her cell was “fairly unusual,” adding that she may have been the only female inmate at the jail.

According to the Houston Chronical affiliate Chron.com, Waller County has a “complicated racial history”. It has a largely rural population and is ranked among the state’s highest in tallied lynching’s from 1877 to 1950 with 15 documented cases according to a study from the Alabama-based Equal Justice Initiative.

The Texas Jail Commission announced July 17 they have cited the Waller County Jail for failing to properly monitor Ms. Bland, and the Texas Department of Public Safety says its preliminary review found violations of the department’s procedures regarding traffic stops and the department’s courtesy policy. An employee involved in the stop has reportedly been put on administrative duty and according to news reports, as a result of her death, Waller County Jail was de-certified July 16. Texas Commission on Jail Standards issued a “notice of non-compliance,” citing two issues: staff training and observation of inmates.

According to officials, Ms. Bland’s body was not discovered for up to 90 minutes instead of hourly which is required. Prior reports also indicate Waller County Jail was previously cited for violations regarding the well-being of inmates in 2012, 2014 and 2015.

Justice Or Else! for Sandra Bland

The Final Call spoke with Student Minister Robert Muhammad, Southwest Regional Representative of the Nation of Islam, who was at the protest. “Any man that’s not outraged by the mishandling of our sisters is not a man at all,” he said.

Young student leaders were “beating the drum of 10.10.15”, he said, referring to the date of the upcoming 20th Anniversary of the Million Man March themed “Justice Or Else”, called by the Honorable Minister Louis Farrakhan. Youth leaders also spoke to the redistribution of pain through economic withdrawal, he added.

Another vigil was held on the campus of Prairie View A&M, July 19. At Final Call presstime, reports of another vigil was scheduled for July 20 at the Waller County Jail which was expected to draw people from all over the country to show support for Ms. Bland’s family who were expected to also be present at the jail.

Rasheedah Muhammad, of Prairie View A&M University and president of the Nation of Islam Student Association was among the student leaders who also spoke. “We are essentially all we have and it’s important we show no fear. Our unity is our best weapon,” she said.  She and other student leaders have officially joined forces and will be organizing travel arrangements for students to attend Justice Or Else, said Ms. Muhammad, who also announced the Justice for Sandra Bland Coalition.

“It doesn’t add up that Sandra Bland would drive to Texas just to kill herself,” community activist and member of the Nation of Islam’s Ministry of Justice Deric Muhammad told the crowd. Angel Duncan and Sandra Bland were both members of Sigma Gamma Rho. Ms. Duncan spoke at the vigil with tears and strength.

Members of the Prairie View A&M Marching Storm Band that Sandra Bland was a part of also honored her.

(Jesse Muhammad contributed to this report from Prairie View, Texas.)