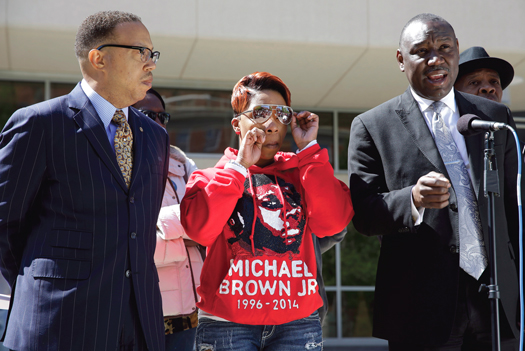 Lesley McSpadden, mother of Michael Brown, wipes her eye as she is flanked by her attorneys Anthony D. Gray, left, and Benjamin L. Crump, right, during a news conference April 23, in Clayton, Mo. The parents of Michael Brown filed a wrongful-death lawsuit against the city of Ferguson over the fatal shooting of their son by a White police officer, a confrontation that sparked a protest movement across the United States. Photo: AP Wide World Photo/Jeff Roberson

The convention, with its theme “A Legacy of Service. A Promise of Justice,” centered on police brutality and highlighted problems and solutions to why Blacks continuously suffer injustice.

Members of the nation’s largest and oldest organization of Black lawyers met at the downtown Westin Bonaventure Hotel July 19-23.

“A number one issue this year was police brutality, and although I did not think that it would be the centerpiece of my administration, that’s exactly what it was,” said Pamela Meanes, outgoing president of the National Bar Association.

During her president’s reception, a video showcased the year-long efforts of the organization’s Police Misconduct Task Force and Criminal Law Section. 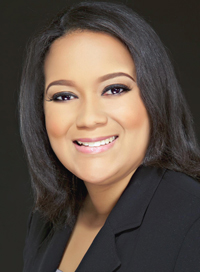 The National Bar Association is advocating for four federal laws tied to police reform:  One mandates officers wear federally funded body video cameras on duty; a second establishes federal standards for use of force training and tactics; a third requires police departments to conduct annual training in de-escalations, and a fourth would require police departments to enact a policy requiring officers observing other cops using excessive force step in.

“It’s unfortunate that we see these tragedies happening almost weekly now. It says a lot to the police culture as it relates to their interaction with people of color, in many instances as we see from video, unarmed people of color,” Attorney Crump said.

Even before he was sworn in as its 73rd president on July 23, Attorney Crump had endorsed “Justice or Else,” the 20th anniversary gathering of the Million Man March. The Honorable Minister Louis Farrakhan issued the clarion call for the gathering on October 10, 2015 to answer a critical cry for justice.

Atty. Crump said he recently had the honor and privilege of meeting with Minister Farrakhan about the challenges facing the Black community and preventing what appears to be the sanctioned killing of unarmed people of color.

He applauded Minister Farrakhan for speaking out against injustice, saying if Blacks don’t speak up, stand and fight, nobody’s going to do it. 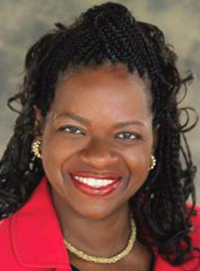 “All our civil rights leaders have to speak to the issue. We have to make the narrative very clear, straightforward that we are fighting for the lives of our children, and that’s why I endorse the 20th anniversary of the Million Man March-Justice or Else, because we like all Americans only want equal justice for our loved ones and our family and our children, too,” Attorney Crump stated.

According to Counter Current News, Ms. Bland’s arrest by Texas State Trooper Brian Encinia was illegal based on a Supreme Court decision.  The trooper violated the court’s ruling inRodriguez v. United States that police cannot extend the length of a routine traffic stop unless there is a clear safety concern or additional crime committed in the course of the stop, the agency reported.

Police have long represented the front line in a criminal justice system where cops, prosecutors and judges have consistently acted to deny Blacks justice, advocates said.

Blacks are over-policed and criminalized, said Attorney Nicole Lee, co-founder of the Black Movement-Law Project, which developed last August in the aftermath of Michael Brown’s death at the hands of Darren Wilson, then a Ferguson, Mo., police officer.

Her expertise is documenting human rights atrocities like genocide or internal displacement in countries like Haiti, Columbia and the Sudan, she said. When she was called to help in Ferguson she initially declined, thinking she wasn’t needed.

But finally she did go. “I saw situations happening in this country that would actually put many of those countries to shame. They just would not allow it. You would not lob tear gas in Columbia for example while babies are in the middle of the street,” Attorney Lee said.

“You would not harass people and come to their homes and pull out their mom’s from bed just to harass them, not an offense charge, but just to show that you are powerful,” she said. 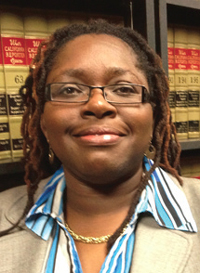 Black attorneys have a role to play in the movement, particularly by using their expertise to create legal infrastructure to help with the mass defense of hundreds of people, she told her peers.

According to Attorney Lee, there were 253 arrests in Baltimore after people rose in protests after the fatal injuries apparently suffered by Freddie Gray, a Black man, in police custody. “One hundred-twenty of them were thrown out on habeas immediately because we had the infrastructure to actually process the writs for 120 people,” she informed. Another 50 were released so the system could avoid the wave of attorneys they thought just showed up from nowhere, but the lawyers were organized and strategic, Atty. Lee said.

Lawyers for protesters across America have also been dealing with police attempting to hide their clients in black sites, secret police interrogation compounds, she added.

Lawyers on the front lines

Attorney Lee helps to train attorneys to provide jail support for large numbers of protestors arrested in mass demonstrations, but she said more attorneys need to join youth already on the front lines, such as St. Louis activists Rika Tyler, a member of the Hands Up United activist group and T-Dubb-o, also a rapper.

The young people spoke to the Black lawyers about problems activists face on the ground in cities where Blacks are killed.

“We get followed still by police, harassed and targeted at protests while being active,” T-Dubb-o said. “We’re here to get answers just like you all. We don’t know what freedom is gonna look like, because we haven’t had it. We just know we’re fighting for it, and we’re going to continue fighting for it. We just need you all to fight with us,” he said.

“To make it as plain as possible, they’re killing us, in more ways than one,” the activist added.

“Over the weekend they said she killed herself for traffic warrants but what they didn’t tell you is when they did the autopsy report, she had semen in her body and so she had probably been raped and killed in jail,” Ms. Tyler charged.

Another reason Blacks can’t get justice is they’re policed by cops who don’t live in their neighborhoods and who could care less about them, Ms. Tyler noted.

Both activists said they were honored for the opportunity to speak to  Black lawyers that they feel need to wake up.

“I mean they’ve been doing work but they need to push it a little bit more. You are still a Black person before you are a Black lawyer, so if you think your life matters and you think our lives matter, you need to be doing work and use the access and tools, education that you do have as a Black lawyer to push forward,” Ms. Tyler told The Final Call.

Police have a lot of power to jam up people’s lives, Attorney Lee pointed out, in the short and long term. In Baltimore, one-third of the cases brought to trial are dismissed by the time they make it to trial or get before a judge, she noted.

What attorneys have seen in Ferguson and are seeing in Baltimore is people are picked up on ridiculous charges, held for two weeks, then released, the attorney said. By then, they’ve lost their jobs, or homes which they might have rented on a monthly or weekly basis, she said.

“I’ve met women in homeless shelters who’ve explained to me, ‘yeah it was a completely ridiculous charge, but I’m here because if I actually pay money on rent, then I can’t pay these crazy court fines even though it’s been dismissed,’ ” Attorney Lee stated.

According to the Vera Institute of Justice, an independent, non-partisan, non-profit center for justice policy and practice, some 12 million people are admitted to jail annually and Black men are disproportionately held because of their inability to pay.

Their incarceration starts a vicious cycle of unemployment, debt, and the inability to post bail, the center indicated.

Krystal Muhammad, national chairman of the New Black Panther Party, also works for a bail bond company. She said in a phone interview her company in Harris County, Texas, receives 400 names of arrestees per day.

The majority are Blacks and Hispanics arrested for things like marijuana possession or DUI, which are pretty much crimes of poverty, she argued.  Many are taken in for resisting arrest, but they don’t have arresting charges, Ms. Muhammad observed.

“If a person is even given a misdemeanor, they have to look at really $2,000-5,000 just to get legal representation, and most people don’t have that, so they’re forced to either sit in jail or take a plea,” she said.

Power to the people

Activists in Houston have been fighting to establish an independent review board with powers to subpoena and prosecute police, according to Ms. Muhammad.

Civil rights attorney Barbara Arnwine argued during the Black attorneys’ Civil Rights Forum, the absence of an independent police review commission in the vast majority of America’s 13,000 police departments adds to the injustice against Blacks.

“Without the ability to subpoena people and to also render some kind of justice that is followed, they have very little power. Now where they do have that kind of power, amazing results, amazing compliance, amazing statistics on reduction of police brutality, police violence, etc., so it is a very important tool,” she said.

Human rights attorney Nana Gyamfi noted in Cleveland, days after a group of residents filed affidavits, based on a 1960s, law asking Cuyahoga County Judge Ronald Ardine to issue an arrest warrant for the two officers involved in the killing of 12-year-old Tamir Rice, the judge refused.

She urged taking such processes outside of the court system and established political systems range and forming community tribunals.

“When cops look up and see billboards with their name and badge number, etc., with the verdict of the community about their actions, I think that we’ll start to see people either leave the force or changes being made that respond to that,” she said.

“It’s really gonna have to be because we give them no wiggle-room choice, and they’re actually begging us to stop whatever we’re doing and asking us what it is that we want,” Attorney Gyamfi said.