Justice Or Else! – Third Root 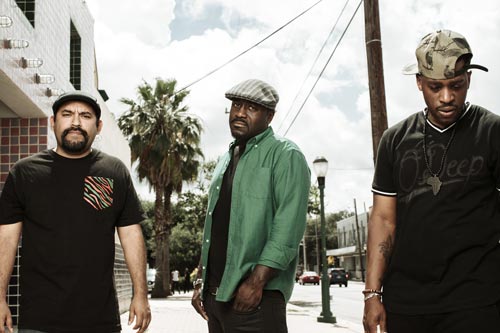 Third Root and Adrian Quesada present a powerful composition that pays tribute to the Justice or Else #MillionManMarch Anniversary taking place in D.C. on 10.10.15. The track combines a riot starting beat, charging live instruments, and socially focused lyrics that bring to mind the work of Public Enemy and dead prez. The content of the track is rooted in conversations the band has had with Sis. Yonasda Lonewolf Hill and lectures that Minister Louis Farrakhan has been giving during his recent Justice or Else tour.

Adrian Quesada is a Grammy award winning musician and producer based in Austin, TX. As a musician he is best known as co-founder of the bands Grupo Fantasma, Brownout, and Ocote Soul Sounds. He has worked with such artists as Prince, GZA (Wu-Tang Clan), and more.