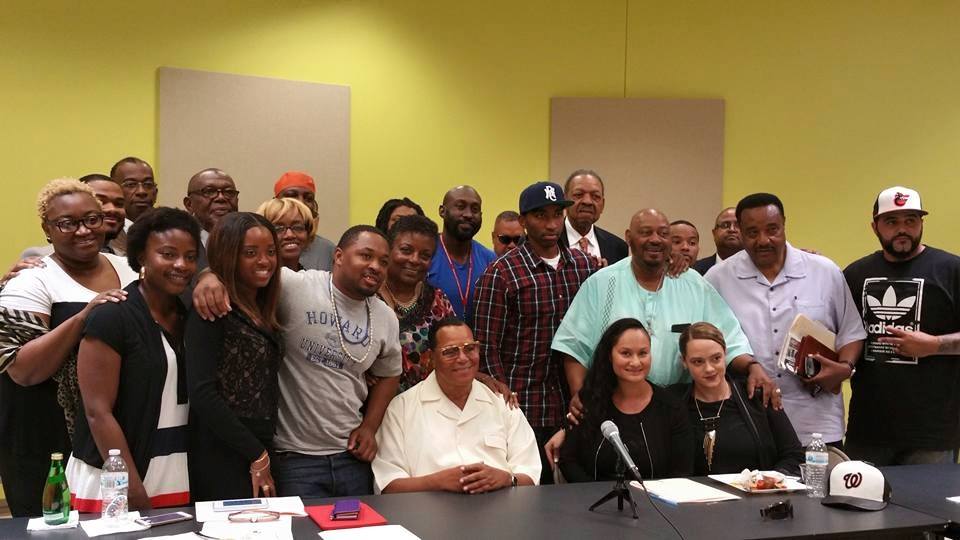 In 1776, one of the most important documents in world history was presented and has been used as a model for people seeking to exercise the right of self-determination. The writers of the document, blinded by hypocrisy, White supremacy and racism, didn’t see the conflict between their Declaration of Independence and their barbaric and sadistic mistreatment of a people they held as slaves.

What they wrote, however, deserves serious study. Consider these words:

“We hold these truths to be self-evident, that all men are created equal, that they are endowed by their Creator with certain unalienable Rights, that among these are Life, Liberty and the pursuit of Happiness.–That to secure these rights, Governments are instituted among Men, deriving their just powers from the consent of the governed, –That whenever any Form of Government becomes destructive of these ends, it is the Right of the People to alter or to abolish it, and to institute new Government, laying its foundation on such principles and organizing its powers in such form, as to them shall seem most likely to effect their Safety and Happiness. …

“But when a long train of abuses and usurpations, pursuing invariably the same Object evinces a design to reduce them under absolute Despotism, it is their right, it is their duty, to throw off such Government, and to provide new Guards for their future security.”

The slave-holding Founding Fathers did not know it but the very words used to declare their justification for separating from the British Crown justify the separation of those who were never included in the first place to separate from the United States of America.

Despite so-called attempts to “amend” the Constitution to include the children of America’s once-slaves, Blacks in America remain unwelcome strangers in what should be their own land.

We have suffered a long train of abuses that began before America existed and the abuses continue to this very day—with a Black president in the White House.

Among recent assaults on Black life were a Black teenage girl in a bikini slammed and manhandled by a Texas police officer and a woman and her brother were brutally attacked and stabbed in Chicago by a mob of Whites. The previous week brought reports involving pregnant Black women, one in Illinois and one in California. The woman in Illinois was allegedly punched in her stomach by a Chicago police officer. In California, an encounter where the officer admits there is no crime quickly escalates with a pregnant Black woman forced down on her stomach. This August marks the one-year anniversary of the fatal shooting of 18-year-old Mike Brown Jr. by a police officer in Ferguson, Mo. Three years ago it was Trayvon Martin, 17, shot to death walking to his father’s home in Sanford, Fla. Five year ago, Aiyana Jones died in Detroit when a SWAT team raided her grandmother’s home—entering the wrong apartment. In 1984, Eleanor Bumpurs died during an encounter with New York City police officers when two blasts were fired from a 12 gauge shotgun. Marie Scott, a 17-year-old Black girl from Wagner County, Okla., was lynched in 1914. She had been the victim of an assault. Her brother killed one of two White men who abused her. When the brother escaped the mob decided to lynch the teenage girl.

This is part of a long train of abuses and violation of “certain unalienable Rights, that among these are Life, Liberty and the pursuit of Happiness.”

“Look at the pain now we are suffering,” said the Honorable Minister Louis Farrakhan, speaking to leaders, activists and youth on June 5 at the Harlem State Office Building in New York. “It’s not getting better, it’s worse in the face of some progress made by some of us who are intelligent, gifted, well-meaning. We are like the crabs in a barrel that the crab master has reached into the barrel and taken a few crabs and put them at the top of the barrel. They didn’t get there because their brothers and sister wouldn’t let them get there. But they are at the top of the barrel to sell the idea to the other crabs that you can get out. ‘Cuz look at me, I got out. I’m the first Negro’—to do what?”

New York was the final stop on an early June tour that included Philadelphia and Washington, D.C. He came to share the vision and the theme for the 20th anniversary commemoration of the Million Man March—“Justice Or Else!” The Minister’s words were similar in the cities and his argument was poignant.

“We have fought in all the wars only to come back to tyranny, oppression, and injustice. And in every generation our children, our fathers, our grandfathers fought the same enemy,” said Min. Farrakhan. So we, the Black people of America, are justified in deciding to separate and “institute new Government”—and after a “long train of abuses and usurpations,” we cry out, “Justice Or Else!”